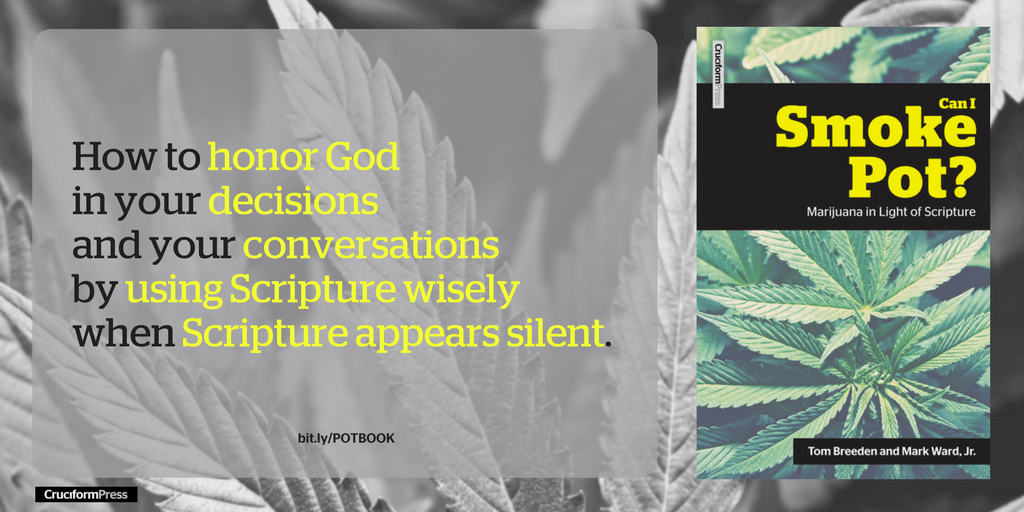 Can I smoke pot? For most readers of our book, the title’s question can be answered with one word (read the book to find out what it is). But God in Scripture doesn’t shape us merely by giving us lists of things we must do and things we must not do—with an appendix tossed in for things we can do if we want. He trains our heads in what to think and our hearts in what (and whom) to love. He fills Scripture with reason, argument, story, poetry, and prophecy. He also uses real-life experience—“constant practice”—to increase our “powers of discernment” (Hebrews 5:14).

So a good, Christian, biblically careful discussion of marijuana requires more than a simple yes or no.

Here are three things you will learn; three things that Can I Smoke Pot? Marijuana in Light of Scripture can help teach you beyond simple answers:

1. Can I Smoke Pot? can model how to honor God in your choices.

Every human being has a decision to make regarding marijuana. Right now, Americans in particular are paying a lot of attention to this question. Even if many people haven’t yet given it any thought, they will very likely have to before too long. But for some people, particularly Christians, and particularly younger ones, the question is pressing hard right now: Can I smoke pot?

Christians must not make important decisions on simple impulse. God calls his people to make choices that honor him (1 Corinthians 10:31). This means that Christians should care what God has to say about marijuana. Can I Smoke Pot? provides a model for how to increase your powers of discernment.

END_OF_DOCUMENT_TOKEN_TO_BE_REPLACED 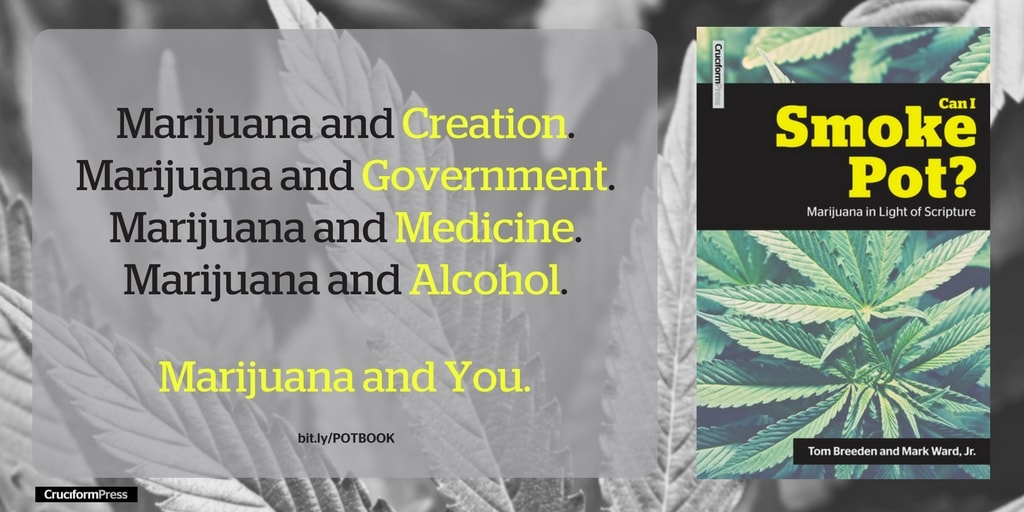 Historically, Christians across the theological spectrum have had a settled position on marijuana use: almost universally forbidden. Yet this position has been primarily a matter of Christian tradition, rather than theology. In practical terms that’s been sufficient, because until recently every law in the land (at least, as written on the books) has upheld the overwhelming Christian consensus on this issue.

But Western nations, of course, are in the process of reconsidering and recategorizing marijuana use, and in many places (more places all the time) the cultural climate is shifting in favor of smoking pot recreationally or using it medicinally. As a result, some Christians are honestly beginning to wonder whether either or both of those uses are really so bad.

Clearly, these trends are only going to increase. It’s high time the evangelical church had a short, clear, simple book that offers a sound biblical response to the question, “Can I smoke pot?” We have made an effort to provide such a book, which we plan to release in early October. Today we are announcing the book, and thought you’d like to hear from one of the authors, Tom Breeden. He and co-author Mark Ward will follow up with additional blog posts about Can I Smoke Pot? in coming weeks.

Teenagers ask the best questions. I was serving as a pastoral intern during my second year in seminary, working primarily with middle school, high school, and college students. I received all kinds of questions from them. Some of these questions were what you’d expect: “Why is it wrong to have sex before marriage?” Some of them were humorous: “Is it a sin for me to troll people on the internet?” But one question came up more frequently than I expected: “Is it a sin to smoke marijuana?”

I didn’t have a great answer. I knew what I thought, but I couldn’t easily explain it from Scripture. The students didn’t need my opinion; they needed God’s Word. That semester I was taking an ethics class and we were given wide latitude for our term papers. Anything connected to Christian ethics was fair game. So I decided to answer these students’ questions and knock out my term paper at the same time.