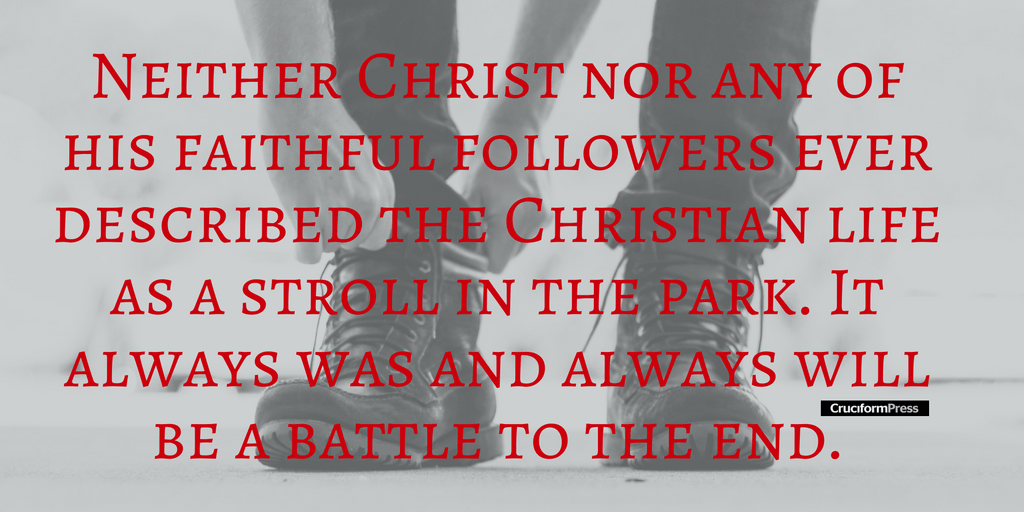 HOW DO WE REMAIN IN CHRIST TO THE END? Part 1

Blessed be the God and Father of our Lord Jesus Christ, who according to His abundant mercy has begotten us again to a living hope through the resurrection of Jesus Christ from the dead, to an inheritance incorruptible and undefiled and that does not fade away, reserved in heaven for you, who are kept by the power of God through faith for salvation ready to be revealed in the last time (1 Peter 1:3–5 NKJV).

Neither Christ nor any of his faithful followers ever described the Christian life as a stroll in the park. It always was and always will be a battle to the end. When Paul and Barnabas strengthened the souls of the disciples in various places, they urged them to continue in the faith, saying, “We must through many tribulations enter the kingdom of God” (Acts 14:22 NKJV). This is the experience of true saints.

There are struggles within and storms without. There may be times when we wonder, “Shall I stand? Will I at last enter the heavenly kingdom?” In terms of the brief studies in these posts, we have been tracing some of the prominent anchor points of the Christian faith. From the pages of God’s book we have seen that Christians are fallen, chosen, redeemed, and called. But, having fallen once in Adam and having been lost, can we fall again and be lost again? Having stumbled so often ourselves, might we so stumble as to fall away entirely and be damned at last? One old preacher called William O’Neill put the question in this way: “Is it possible for sincere Christians, truly regenerated persons, to be finally separated from Jesus, to lose the favor of God their Father, and be eternally shut out from his smile and home?”i That is a massive question. Its answer is of enormous weight and eternal significance.

The Bible gives us the answer. Christians are by nature fallen, by grace chosen, redeemed, and called. As a consequence of this display of grace, they shall also be enduring. In studying this aspect of God’s grace toward sinners, we should notice two subtle but definite shifts. There is, first, a shift from the past tense to the present, looking toward the future. There is, second, a shift from a more passive sense and voice toward a more active notion. This reflects the two sides of the coin of a Christian’s safe and sure enduring, both being found throughout Scripture.

The Preservation of the Saints

Our emphasis throughout these studies in God’s grace has been that salvation is of the Lord. That is equally true here. The God who chose his people, who redeemed us and called us, will keep us to the end. This lies behind and beneath any notion of the saints’ perseverance to the end. The Bible is awash with testimonies to God’s preserving grace. We will identify and arrange just a few.

We can think in terms of the purposes of God. “The gifts and the calling of God are irrevocable” (Romans 11:29 NKJV)—they will not be called back or revoked, and they shall not fail. As you trawl through the Old Testament it is clear that the Lord intends to call and then to keep a people. There may be nuances to these assurances, as we work from national Israel forward to the new covenant people of God, comprising both Jews and Gentiles, but that should not make us undermine or dismiss these things. Often the principle abides even when the application changes. So, for example, we find Samuel promising that “the Lord will not forsake His people, for His great name’s sake, because it has pleased the Lord to make you His people” (1 Samuel 12:22 NKJV). Through Isaiah he reminds them that there are variations in their experience, but no shifts in the enduring purposes of God: “‘For a mere moment I have forsaken you, but with great mercies I will gather you. With a little wrath I hid My face from you for a moment; but with everlasting kindness I will have mercy on you,’ Says the Lord, your Redeemer” (Isaiah 54:7–8 NKJV).

Jeremiah offers this assurance: “The Lord has appeared of old to me, saying: “Yes, I have loved you with an everlasting love; therefore with lovingkindness I have drawn you” (Jeremiah 31:3 NKJV). Grounded in these things, the same prophet goes on to define the new covenant in absolute terms:

Behold, the days are coming, says the Lord, when I will make a new covenant with the house of Israel and with the house of Judah—not according to the covenant that I made with their fathers in the day that I took them by the hand to lead them out of the land of Egypt, My covenant which they broke, though I was a husband to them, says the Lord. But this is the covenant that I will make with the house of Israel after those days, says the Lord: I will put My law in their minds, and write it on their hearts; and I will be their God, and they shall be My people. No more shall every man teach his neighbor, and every man his brother, saying, “Know the Lord,” for they all shall know Me, from the least of them to the greatest of them, says the Lord. For I will forgive their iniquity, and their sin I will remember no more. (Jeremiah 31:31–34 NKJV)

The same note of certainty rings throughout the New Testament. It is there in the declaration of our Lord Jesus that “this is the will of the Father who sent Me, that of all He has given Me I should lose nothing, but should raise it up at the last day” (John 6:39 NKJV). It is plainly implied in Paul’s confidence regarding the church in Thessalonica: “But we are bound to give thanks to God always for you, brethren beloved by the Lord, because God from the beginning chose you for salvation through sanctification by the Spirit and belief in the truth” (2 Thessalonians 2:13 NKJV). God chose them from the beginning for salvation, which—in the context—is not merely a thing that lies in the past, but a reality that buoys them in the present and stretches surely into the future. Peter, too, can assure the saints to whom he writes that they have “been born again, not of corruptible seed but incorruptible, through the word of God which lives and abides forever” (1 Peter 1:23 NKJV)

Or we might note the holy and unshakeable logic of Romans 8:30 (NKJV): “Moreover whom He predestined, these He also called; whom He called, these He also justified; and whom He justified, these He also glorified.” This golden chain of divine purpose carries every chosen child of God safely and securely into glory itself.

Next, we should consider the promises of God, stated and implied. Again, we are faced with an embarrassment of riches. Provided with an enormous tray of chocolates, we select just a few.

Notice first the way the Lord Jesus speaks in the fifth chapter of John’s gospel, beginning with the formula of guarantee. Here we have not just a matter of absolute conviction but of absolute certainty: “Most assuredly, I say to you, he who hears My word and believes in Him who sent Me has everlasting life, and shall not come into judgment, but has passed from death into life” (John 5:24 NKJV). The same sort of pledge is offered again: “Most assuredly, I say to you, he who believes in Me has everlasting life” (John 6:47 NKJV).

Not long afterward, speaking of those who believe in him, he says, “This is the bread which comes down from heaven, that one may eat of it and not die. I am the living bread which came down from heaven. If anyone eats of this bread, he will live forever; and the bread that I shall give is My flesh, which I shall give for the life of the world” (John 6:50–51 NKJV). He goes on to make this solemn declaration, that “as the living Father sent Me, and I live because of the Father, so he who feeds on Me will live because of Me” (John 6:57 NKJV).[tweet “Fallen and lost in Adam, redeemed in Christ…can a Christian then be lost again?”]

In similar fashion, the apostle Paul can speak to the church in Philippi and tell them without a tremor that he is “confident of this very thing, that He who has begun a good work in you will complete it until the day of Jesus Christ” (Philippians 1:6 NKJV). He makes plain to the Colossians in similar language to that found in other letters, that each of them should “set your mind on things above, not on things on the earth. For you died, and your life is hidden with Christ in God. When Christ who is our life appears, then you also will appear with Him in glory” (Colossians 3:2-4 NKJV). Finally, there is the stirring string of negatives of Hebrews 13:5 (NKJV): “Let your conduct be without covetousness; be content with such things as you have. For He Himself has said, ‘I will never leave you nor forsake you.’”

Reading through such words as these, can we doubt that God has saved and is saving and will save his redeemed people?

Part 13 of a 16-part series drawn from Anchored in Grace: Fixed Points for Humble Faith, by Jeremy Walker. 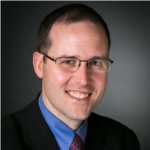 i William O’Neill, “The Final Perseverance of Believers in Christ Jesus” in Exposition of the Doctrines of Grace (Pasadena, TX: Pilgrim Publications, 1861), 323.

1 thought on “Endure: The Fifth Anchor Point of Faith”