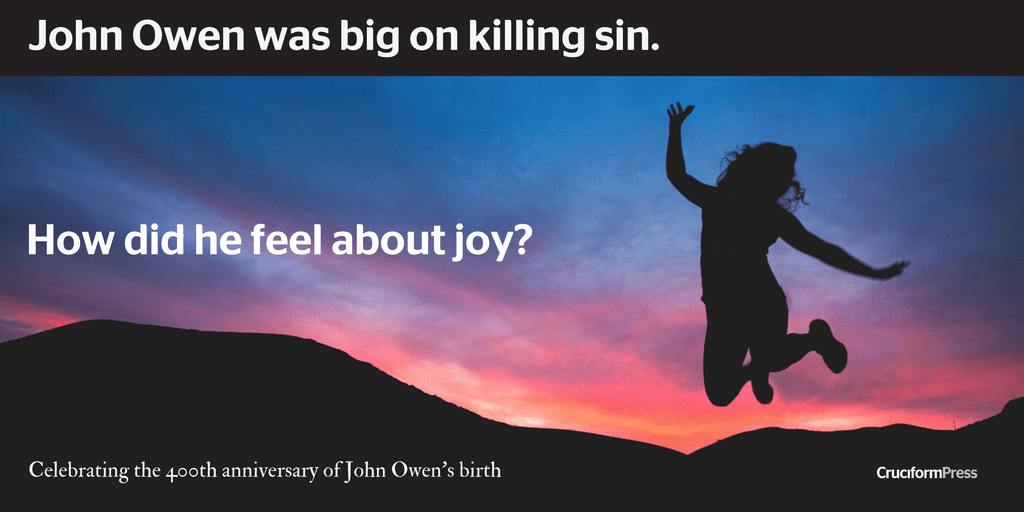 John Owen, aka the “Prince of Puritans,” was born in 1616, the same year Shakespeare died.  Owen has a reputation among Reformed folk for being hard on sin and even harder to read. The nineteenth century Scottish professor John Duncan is famous for assigning one of Owen’s books to his students with the warning, “Prepare for the Knife!” And theologian A.W.Pink said that one was more likely to find vinegar than honey in Owen’s writings.

But, while Owen is most famous for his trilogy on mortification, temptation, and indwelling sin, readers who dig deep actually discover a lot of honey in his writings.  His books and sermons are well-seasoned with words such as “pleasant,” “satisfaction,” “sweetness,” and “delight.” For example, in his devotional meditation on communion with the Triune God, Owen says that God the Father’s love “ought to be looked on as the fountain from whence all other sweetnesses flow.”[1] And in The Grace and Duty of Being Spiritually Minded, an extended meditation on Romans 8:6, Owen says that life and peace “comprise a holy frame of heart and mind, wherein the souls of believers do find rest, quietness, refreshment, and satisfaction in God, in the midst of temptations, afflictions, offences, and sufferings.”[2]

These references, and dozens more, reveal Owen to be as deeply acquainted with the spiritual joys of fellowship with Christ as he was with the spiritual rigor required in killing sin. In fact, Owen did not merely acknowledge the presence and benefit of spiritual joy and delight; he also integrated such joy into his whole understanding of Christian experience. There are good reasons, then, to recognize John Owen (like Jonathan Edwards a century later) as a Puritan proponent of Christian Hedonism.

Here are three insights we can learn from Owen’s treatment of these themes.

One of the principal evidences of saving faith is the believer’s embrace of the gospel for both the glorification of God and the satisfaction of the soul.

In one of his most overlooked books, a slim volume called The Gospel Grounds and Evidences of the Faith of God’s Elect (now retitled as Gospel Evidences of Saving Faith), Owen discusses four important evidences of true faith. Owen doesn’t start where one might think: for example, with a vigorous call to mortify sin. He eventually gets there, but, for Owen, the first evidence of saving faith is “Choosing, Embracing, and Approving God’s Way of Saving Sinners through the Work of Christ Alone.”[3]

True believers are those who not recognize themselves as sinners, but have embraced the good news of God’s mercy through Christ alone. Owen says that believers must embrace the gospel as that which most glorifies God, most satisfies our souls, and most honors God’s law.[4]

In a passage that sounds a lot like John Piper, Owen argues that a spiritually enlightened soul is driven by two predominant desires:

First, that God may be glorified; and, second, that the soul itself may be eternally saved. Nor can it give up either of these desires. These desires are inseparable in any enlightened soul, which can never cease desiring them to the highest degree.[5]

Owen acknowledges that there appears to be a conflict between these desires. “The glory of God, in His justice and holiness, requires that sinners should perish eternally. The law speaks this verdict, and it is in the language of our conscience and in the voice of all our fears. Therefore, for a sinner to desire that God may be glorified is to desire that he himself be damned.”[6] But, of course, no one can wish for his own damnation.

So how are these desires reconciled? Only in the gospel, for the gospel declares that Christ’s work on our behalf is wholly sufficient to secure both God’s glory and our salvation. In fact, the gospel not only reconciles these desires, but also synergizes them, so they increase and promote one another.

Here, therefore, the glory of salvation represents itself to the faith of every believer. It not only brings these desires into a perfect consistency and harmony but also causes them to increase and promote one another. The desire for God’s glory increases the desire for our own salvation, and the desire for our own salvation enlarges and inflames the desire for glorifying God in it. These things are brought into a perfect consistency and mutual usefulness in the blood of Christ (Romans 3:24–26). For this is the way that God, in infinite wisdom, has planned to glorify himself in the salvation of sinners. Everything in which the glory of God consists is reconciled to and consistent with the salvation of sinners. Every property of his nature is gloriously exalted in and by it.[7]

Spiritual joy is not a superficial emotion, but a deep spiritual affection that embraces godly sorrow on one hand and transcends joy in earthly things on the other.

Owen also helps us understand the essential nature of spiritual joy. Talk about being happy in Jesus can sound superficial when not properly nuanced. Owen helps us avoid that superficiality, by showing us that spiritual joy is a deep spiritual affection that embraces godly sorrow on one hand, and transcends carnal joy on the other.

There is no conflict between mourning and spiritual joy in the life of the Christian. In fact, Owen says “There is a secret joy and refreshment in godly sorrow, and a great spiritual satisfaction that is equal to our highest joys.”[8]  Perhaps that is one reason why Owen doesn’t hesitate to press the believer to “load [his] conscience” with the guilt of sin,[9] or to implore the Lord to keep believers in a “humble, broken, mournful frame of spirit.”[10]

Owen is also careful to distinguish spiritual joy from carnal joy, that is “prevalent satisfaction of the minds of men in present enjoyments, whether in relations, or in outward state and condition, or in the succeeding of their affairs.”[11] In other words, satisfaction in Christ is very different from satisfaction in earthly blessings. In fact, “where there is a predominant satisfaction in these things, there is no spiritual joy.”[12] Owen may sound overly ascetic in this statement, and indeed, asceticism is one of the devil’s favorite ploys for distracting us from the fullness of Christ (Colossians 2:16-23) and leading us away from thankful enjoyment of God in his gifts (1 Timothy 4:1-5). But the key word in Owen’s sentence is “predominant.” Which joy is predominant in your heart? Joy in God or joy in his gifts? How can you tell?  One way is to ask if your joy coexists with spiritual mourning. “Spiritual joys will take off nothing from spiritual mourning,” says Owen, “but worldly security and carnal joy and pleasures will devour that frame of spirit.”[13]

The great key to spiritual joy is communion with God.

Owen answers with Christ’s instruction on abiding, from John 15. “The whole of our fruitfulness,” Owen writes, “depends upon our abiding in Christ.” To abide in Christ is, in Owen’s view, “to be always nigh unto Christ, in the spiritual company of Christ, and in communication with Christ.”[15]

Owen goes on to show that the practical outworking of this involves abiding in Christ with distinct acts of the mind, will, and affections:

With the mind, “in contemplation and thoughts of [Christ] night and day.”[16] This involves the spiritual duties of meditation and contemplation on Christ as revealed in the gospel (a subject to which Owen devoted two entire books, Meditations on the Glory of Christ and Grace and Duty of Being Spiritually Minded in volumes 1 and 7 of his Works respectively). With the will, “in great diligence and carefulness about that obedience which Christ doth require, in all the instances of it.”[17] And with the affections, “through love and delight in all these things.”[18] Owen contends that this is the only way for our duties to actually benefit our souls.

So labour, brethren, and pray greatly for it, that you may abide with Christ with delight, that you may find a sweetness and refreshment in it, and that every season of retiring unto Christ may bring a kind of spiritual joy and gladness to your hearts.[19]

Few authors have done more to direct and strengthen me in this labor to “abide with Christ with delight.” If you long to climb to new heights of spiritual joy in God-glorifying, Christ-exalting communion with God, Owen will prove a sure-footed guide.

A shorter version of this article originally appeared at the Desiring God website. 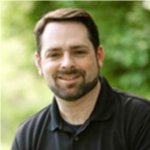 Brian G. Hedges is the lead pastor for Fulkerson Park Baptist Church in Niles, Michigan. Brian has been married to Holly since 1996 and they have four children. He is the author of several books, including Christ Formed in You: The Power of the Gospel for Personal Change, Licensed to Kill: A Field Manual for Mortifying Sin  and Hit List: Taking Aim at the Seven Deadly Sins. He is also edited a new edition of John Owen’s book Gospel Evidences of Saving Faith, published by Reformation Heritage Books. You can follow him on Twitter @brianghedges.